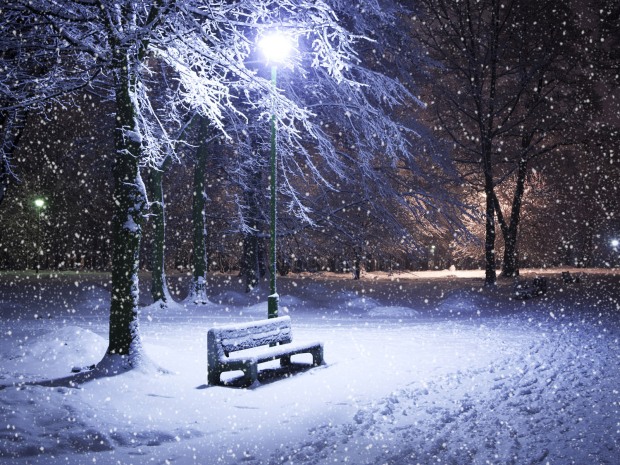 When I was growing up, we only went to church a handful of times; each of those times was Midnight Mass on Christmas Eve.

My father saw Midnight Mass as an interruption of an evening at home, but my mother liked the Lessons and Carols part of the service that allowed her sing with the community. My sister, I believe, hated it. And, for my own part, I could take it or leave it.

The part of Christmas Eve that happened after the family dinner was hard for me as a kid.  Because it was late, I wasn’t allowed to play music, and I certainly wasn’t permitted to go visit friends. Because it was pre-cable TV, nothing watchable was ever on television. I was too excited about the morning to sit still and read. So, while I agreed with my dad that Midnight Mass was an entirely dull affair, my thinking at the time was that you might as well be bored out for the evening then bored sitting at home.

There was one part of Midnight Mass that I did look forward to, however. It was when everyone sang Silent Night.

My family was a little weird, in that we treated music like other families treated sports. Sadly (and in retrospect, embarrassingly) this comparison extended to the gender bias of the time. The boys in my family studied music at a very early age and continued to do so until they left home as young men. This practice has gone back generations, and as a result I have a great number of ancestors and far-flung male relatives who have played music professionally at one time or another. As my father used to say, the Kelly boys always had a choice: if we liked studying music, the family was happy to encourage us — if we hated studying music, the family was happy to force us. The women of the family, though, were a different matter. While not formally excluded, they were neither encouraged nor forced, and as a result I sadly can’t think of a single woman in my extended family who ever studied music.

My mother couldn’t really read music, and this made Lessons and Carols something of a pantomime for her.  Most of the carols sung before the formal service were those songs that had never really caught on with the public. They had stodgy and unwieldy names, like The Lord Mightily Cometh To Lead His Glorious Flock, and their melodies defied popular music conventions. My father and I could read the music to these well enough to get along, but my sister and mother couldn’t. This was no big deal for my sister, who didn’t necessarily want to sing anyway, but my mom would always gamely try in a voice soft enough that no one would hear.  This would go on until the last song in Lessons and Carols, which was always Silent Night. She knew that one, and when we got there she would belt it out louder than anyone in the church.

Unfortunately, my mother was a terrible singer. And Silent Night is like The Star Spangled Banner in that it has a melodic range that makes it deceptively difficult to sing. Neither my sister, my father, nor I could sing it particularly well, but the sounds that came out of my mother were just surreal. Imagine a sack of cats in a dryer channeling Yoko Ono, and it would still have be closer to actual music than my mother’s unbelievably loud rendition of Silent Night.

It is impossible to describe how much my sister and I loved it when our mother sang Silent Night at Midnight Mass. It was the highlight of our Christmas Eve, really: my mother shrieking out a song she loved, and doing so with a sheer, unadulterated passion that would have made Pavarotti green with envy. After the first few lines, the heads of adults rows away would start to glance around with curious frowns on their faces, trying to figure out what that sound was and where it was coming from. Midway through my sister and I would have tears rolling down our faces, we were laughing so hard. At the end of the song, the standing congregation would sit down in silence, my father would try to avoid eye contact with anyone, and our mother would look at my sister and I with a confident smile and give a nod, as if to say, “And that’s how you do that.”

That will always be my favorite rendition of Silent Night: my mother’s. In ways I can’t even explain, it captures most perfectly everything I love about this season. I would give anything to have her back for just one more Christmas Eve and hear it just one more time.

Sadly, I don’t have a recording of my mother singing Silent Night to share with you. So I give you instead my second favorite rendition, by Marcus Roberts.